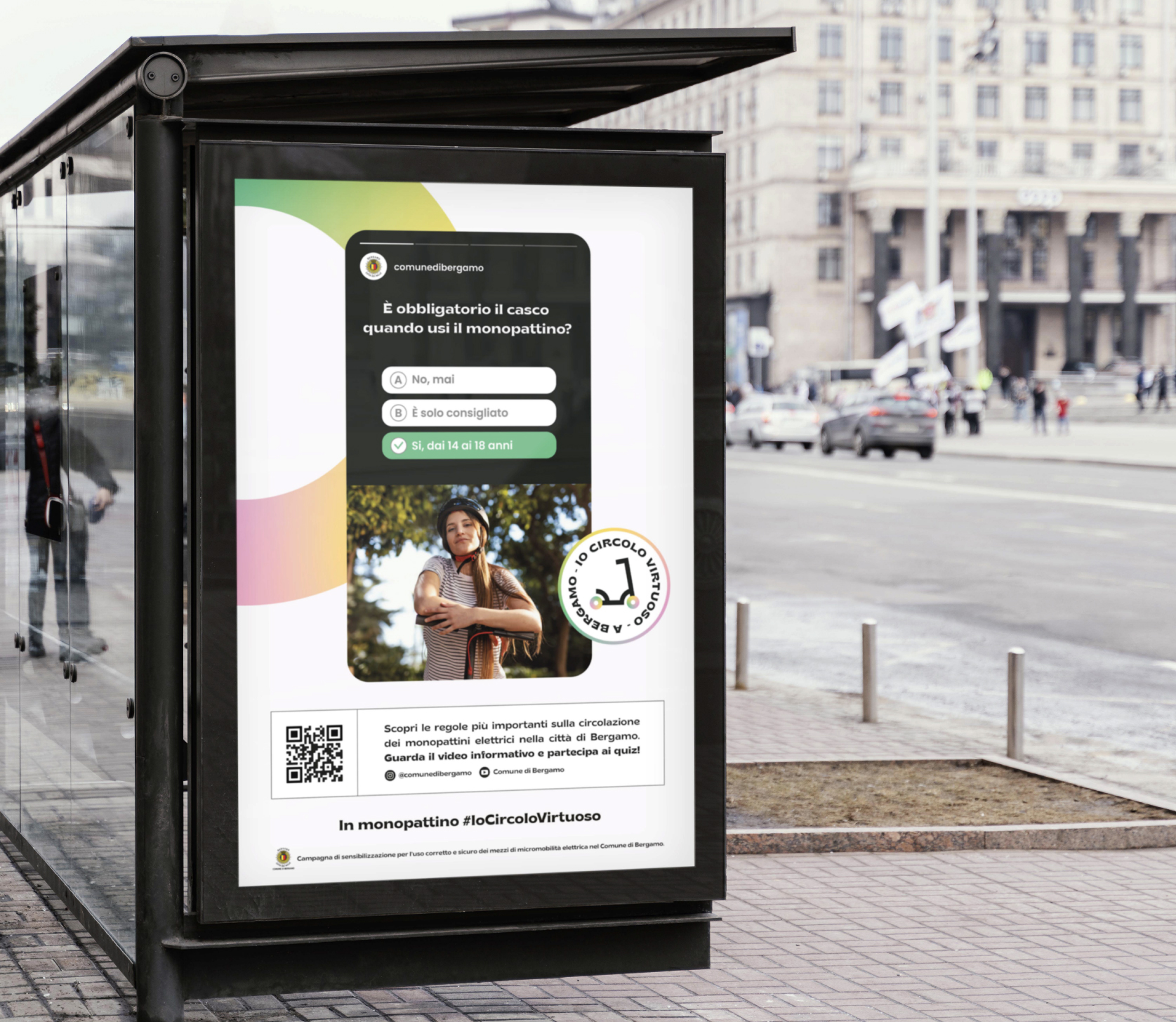 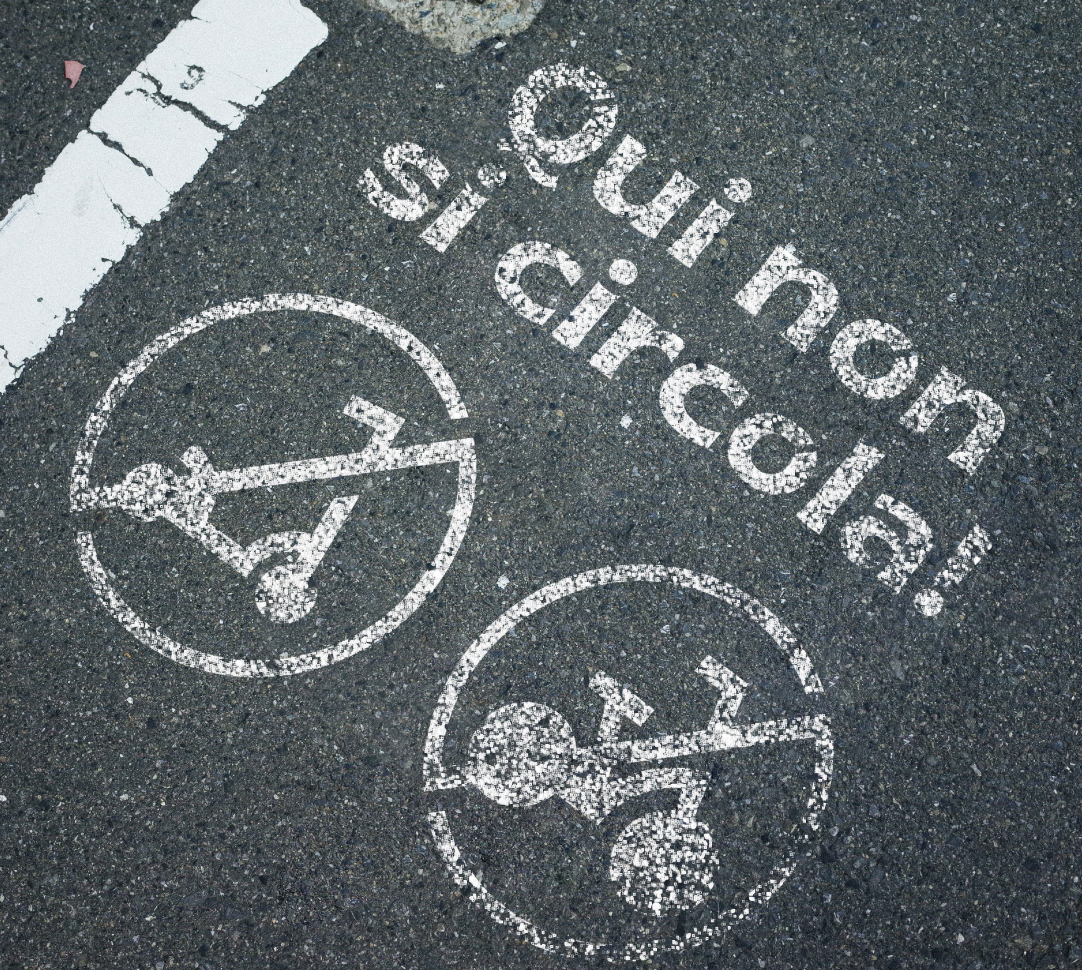 Studiomeme created an information and awareness-raising campaign for the Municipality of Bergamo in order to explain the correct use of electric scooters and fight dangerous driving behaviours. To tell the best rules about safe street movement, we decided to bring Instagram Quiz into the offline world, ensuring both physical and digital coverage to the campaign: billposting around the city, stencil on the streets, stories, post and a motion graphic video; everything with one goal: to build a collective consciousness based on the respect for others and of the city. The storytelling of the campaign is based on the concept of circularity. In italian, the hashtag “#IoCircoloVirtuoso” puts together the concept of the virtuous circle and the sentence “I circulate in a safe way”. The hashtag underlines that the real change starts from the personal conscience of every citizen. Following this logic, negative gestures which instigate the vicious circle are opposed to positive gestures which foster the virtuous circle of the safe micro mobility. 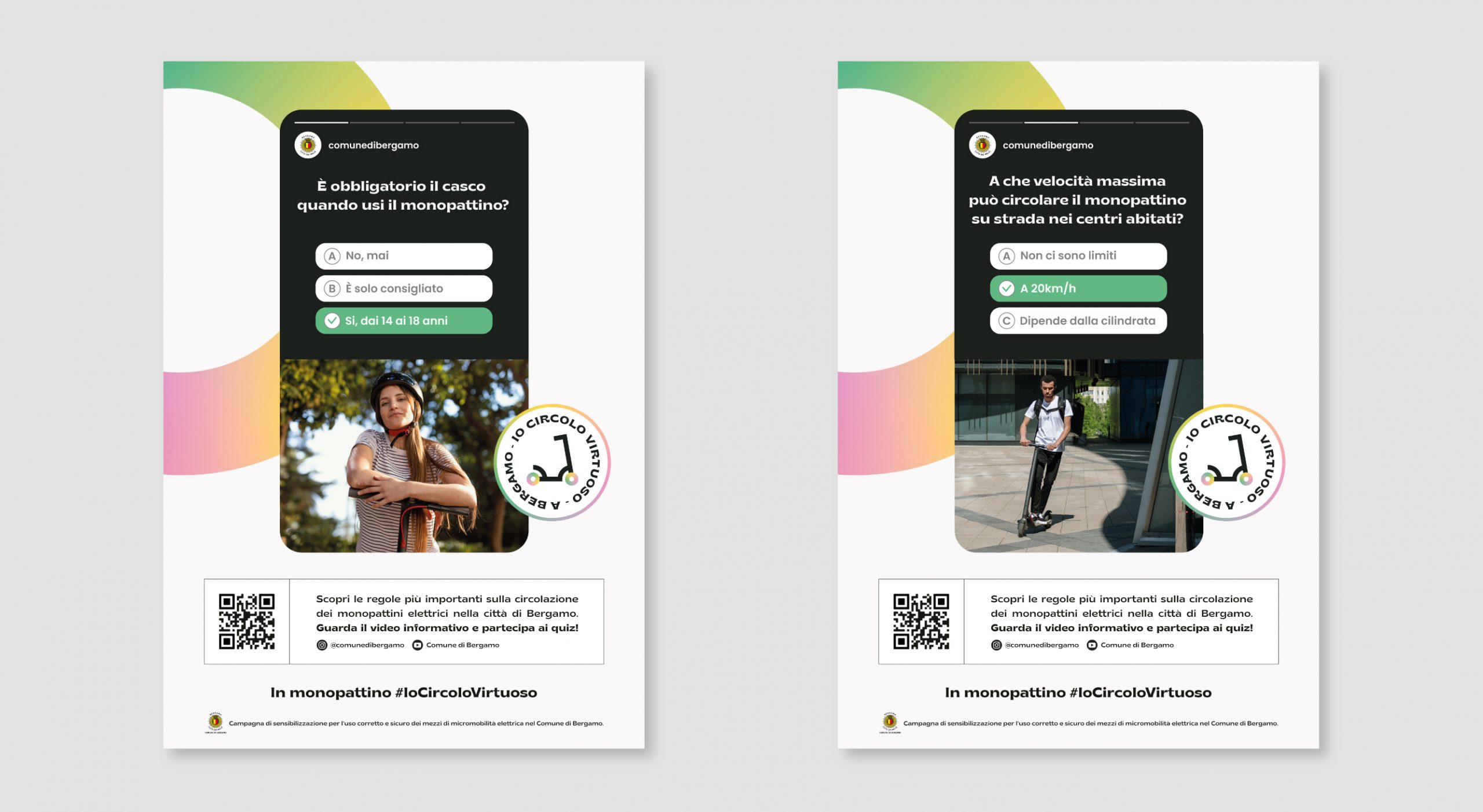 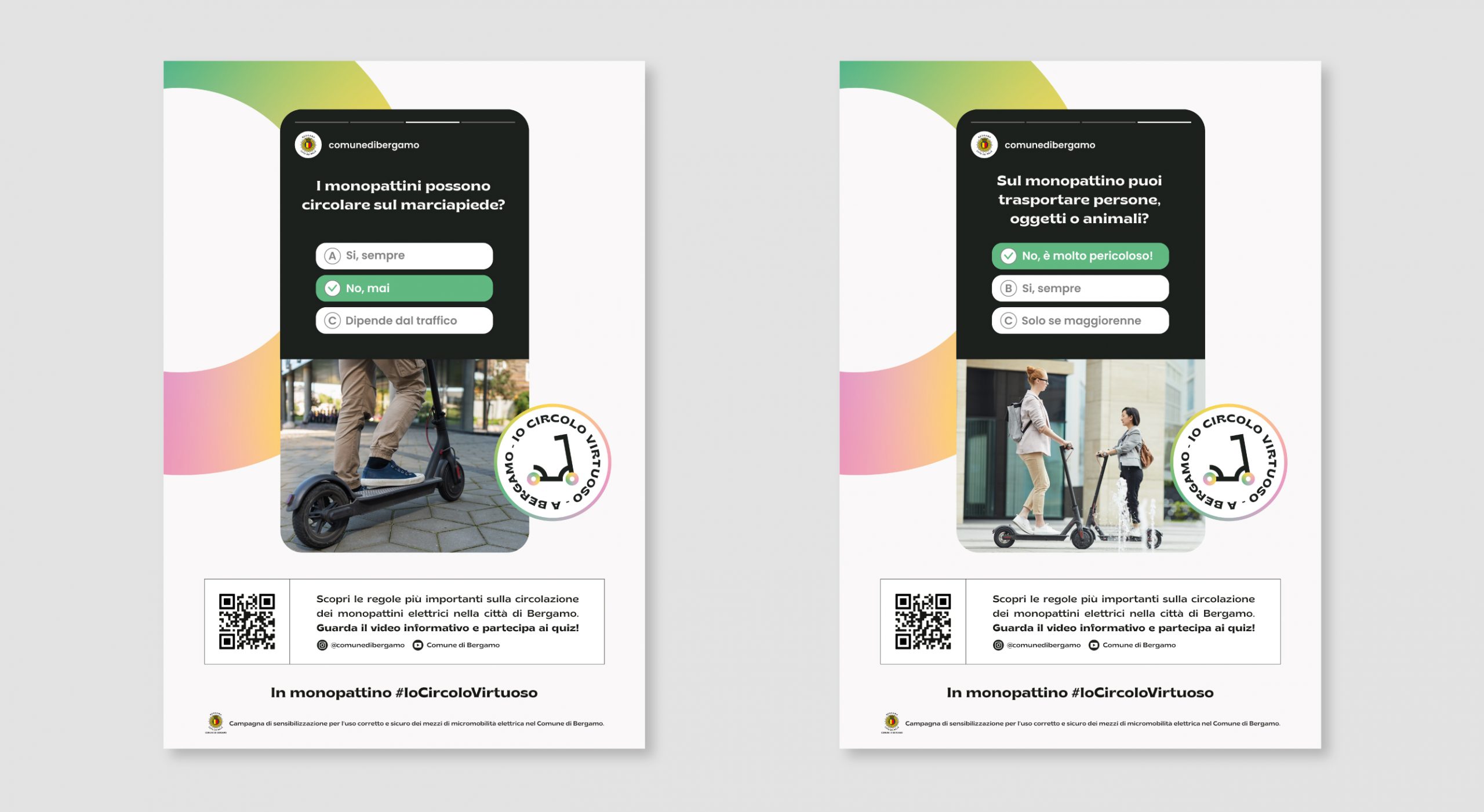 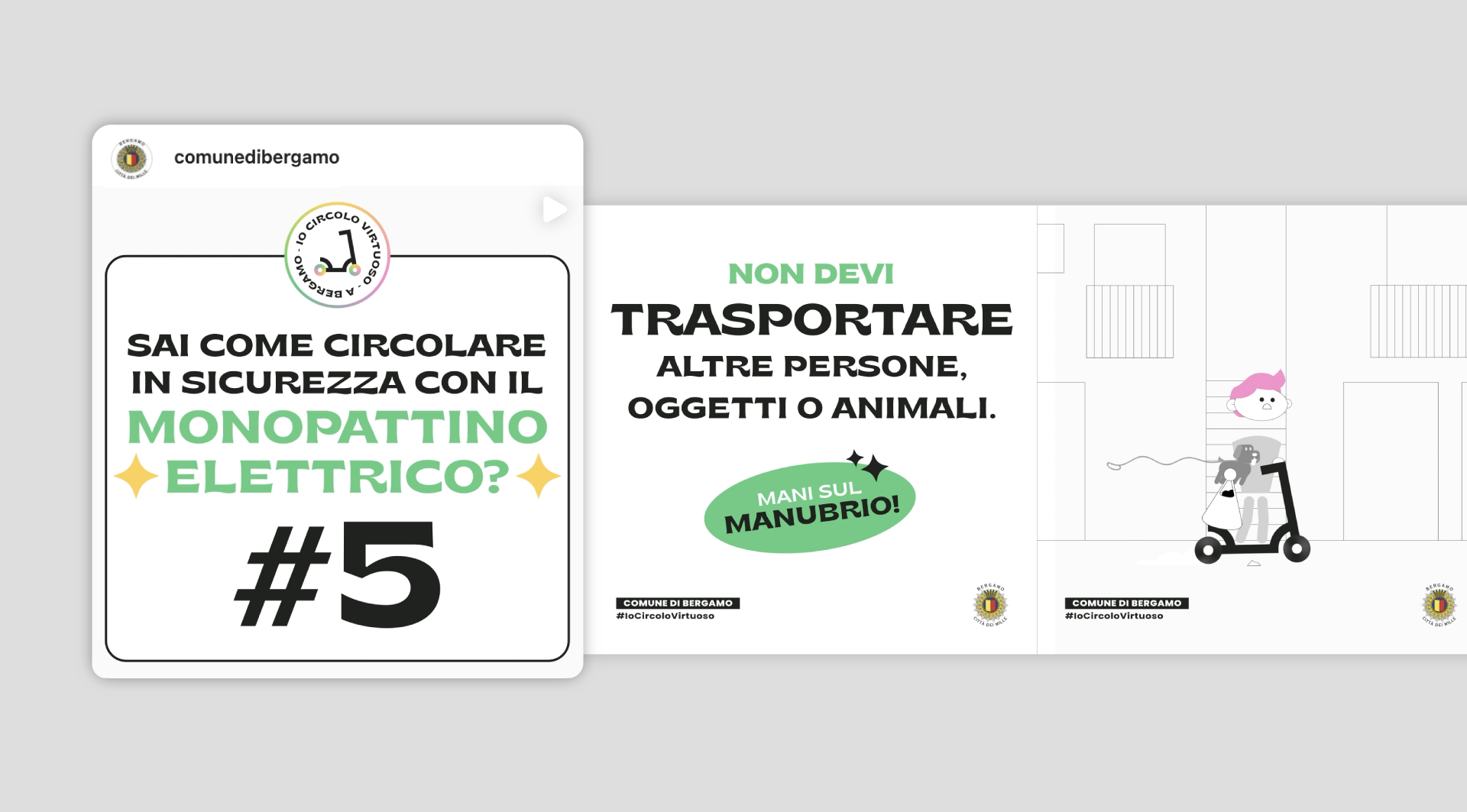 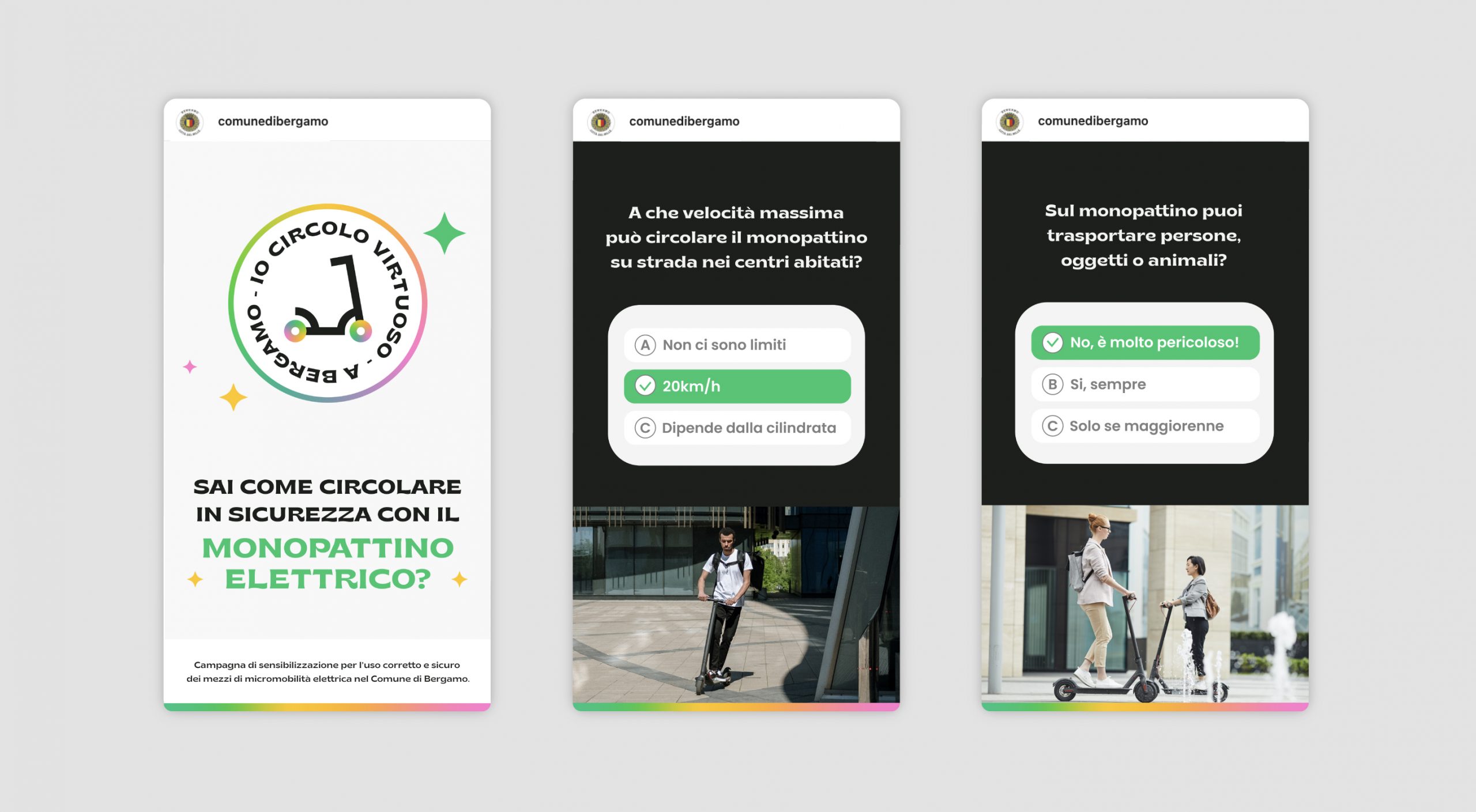